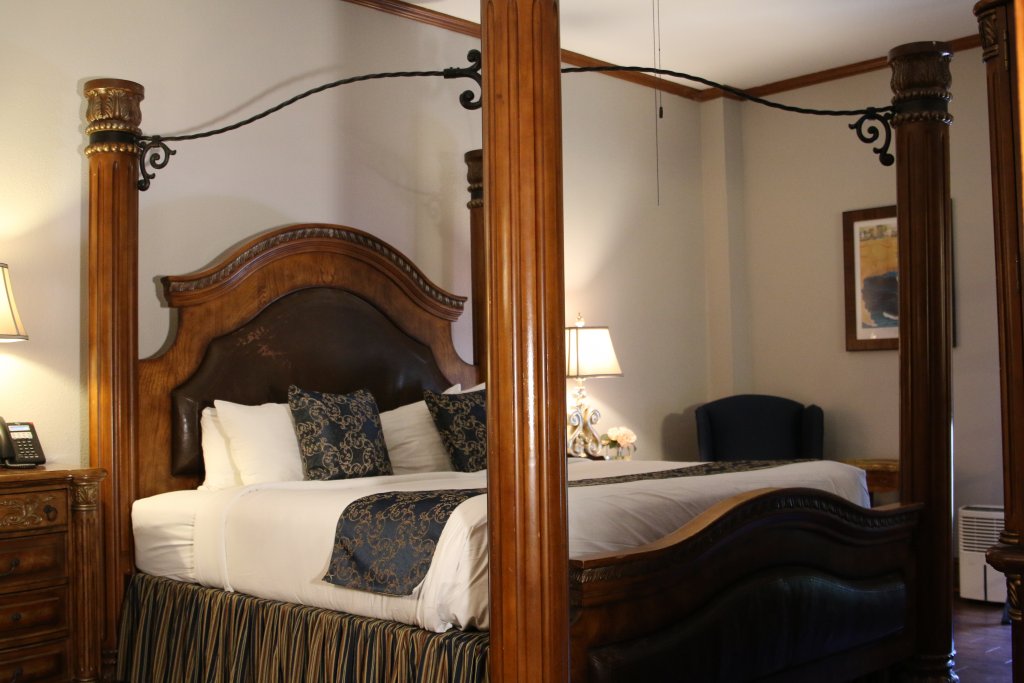 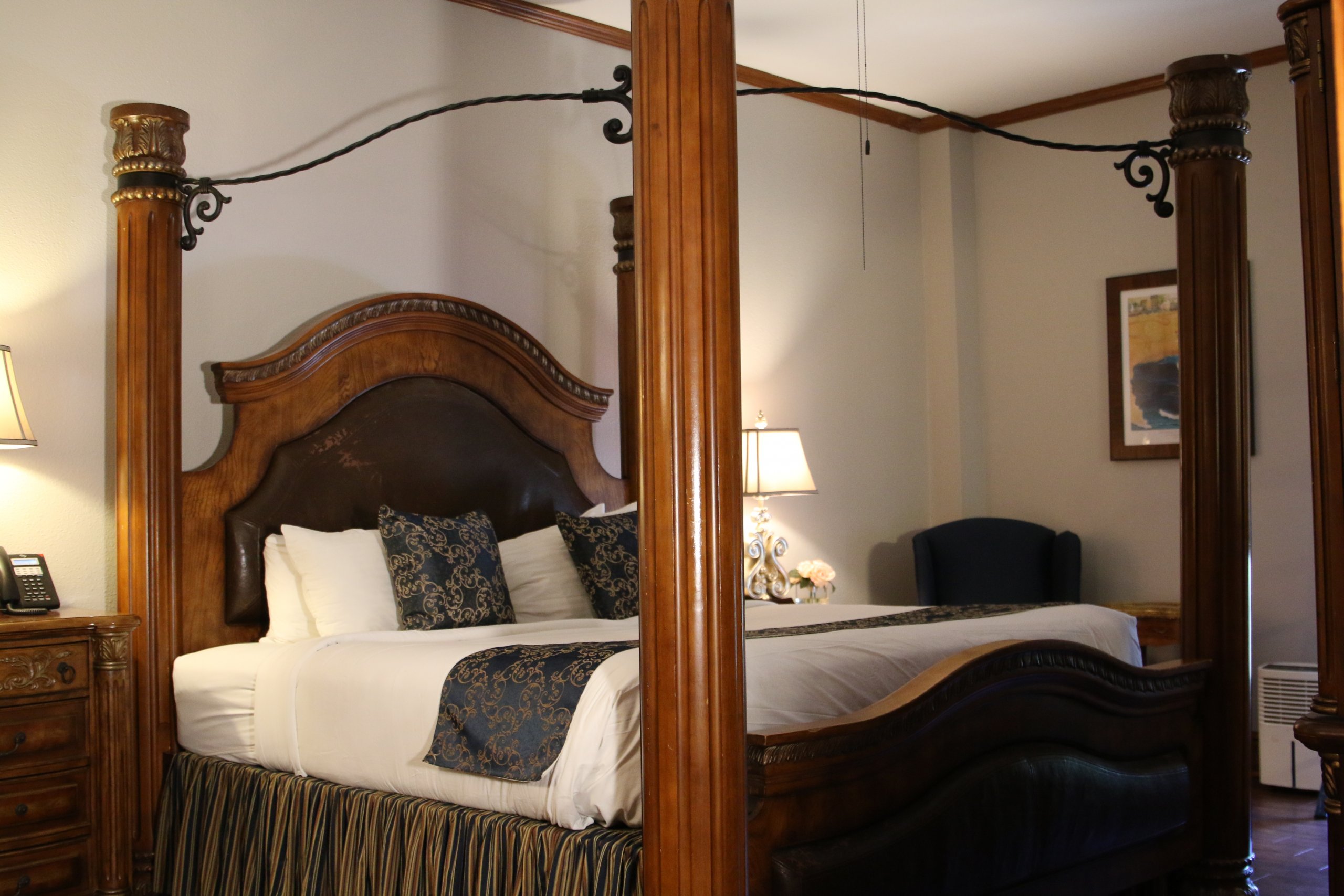 Book a Room
Set with navy blue accents and a beautiful 4-post bed frame, the Bernardo de Gálvez room features a king bed with all new linens, private bath with tub/shower and hair dryer, tea/coffeemaker, writing desk, armoire, flat screen television, mini-fridge, a complimentary breakfast and business station in the lobby, and more. Please note that all of our rooms are non-smoking.  Galvez was born in 1746 in the Spanish mountain village of Macharaviaya. He began his military career at the age of 16, and was sent to New Spain (now Mexico) as a captain in 1762. Rising through the ranks of the Spanish Army, Galvez fought in many campaigns and battles. In 1777, Galvez was named interim Governor of Louisiana, then a Spanish territory. When the Revolutionary War broke out shortly thereafter, Galvez led Spanish troops to Aid the Americans in their fight against Britain. On March 9, 1781, Galvez arrived at Pensacola by land and sea to begin his assault. On the morning of May 8, an artillery round landed in a British powder magazine in Fort George, located near what is now the intersection of Palafox Street and La Rua. The damaged fort was then captured by Galvez and his troops, freeing Pensacola from British rule. The Pensacola Heritage Foundation plans to erect a life-size statue of Galvez near the former site of Fort George. The statue will honor Galvez and his recapture of Pensacola, as well as his many other historical accomplishments.
Thanks for signing up!