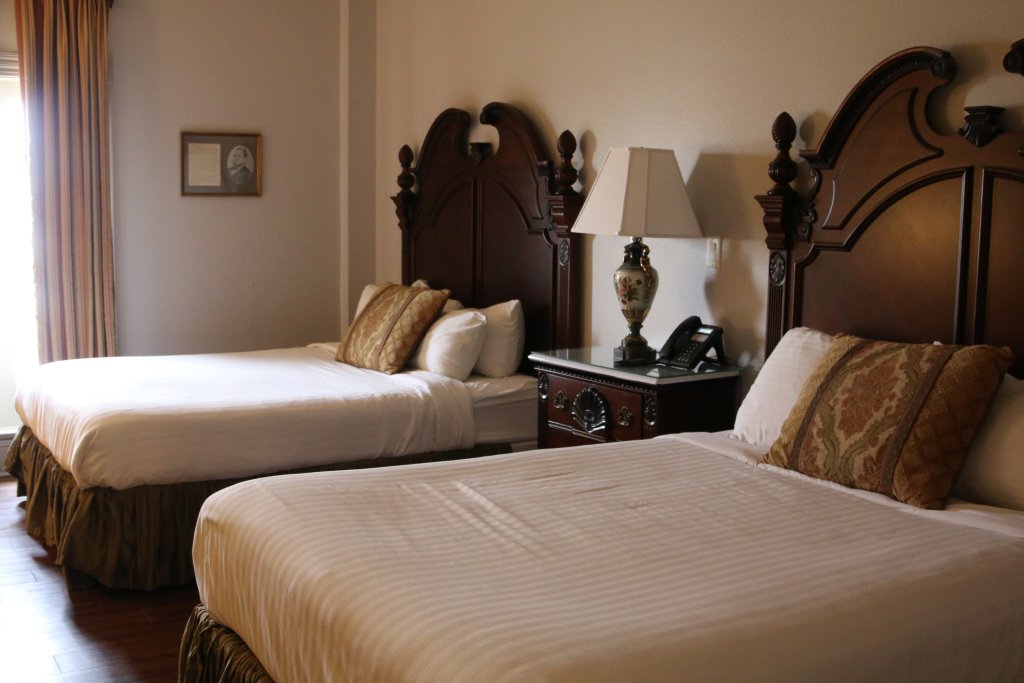 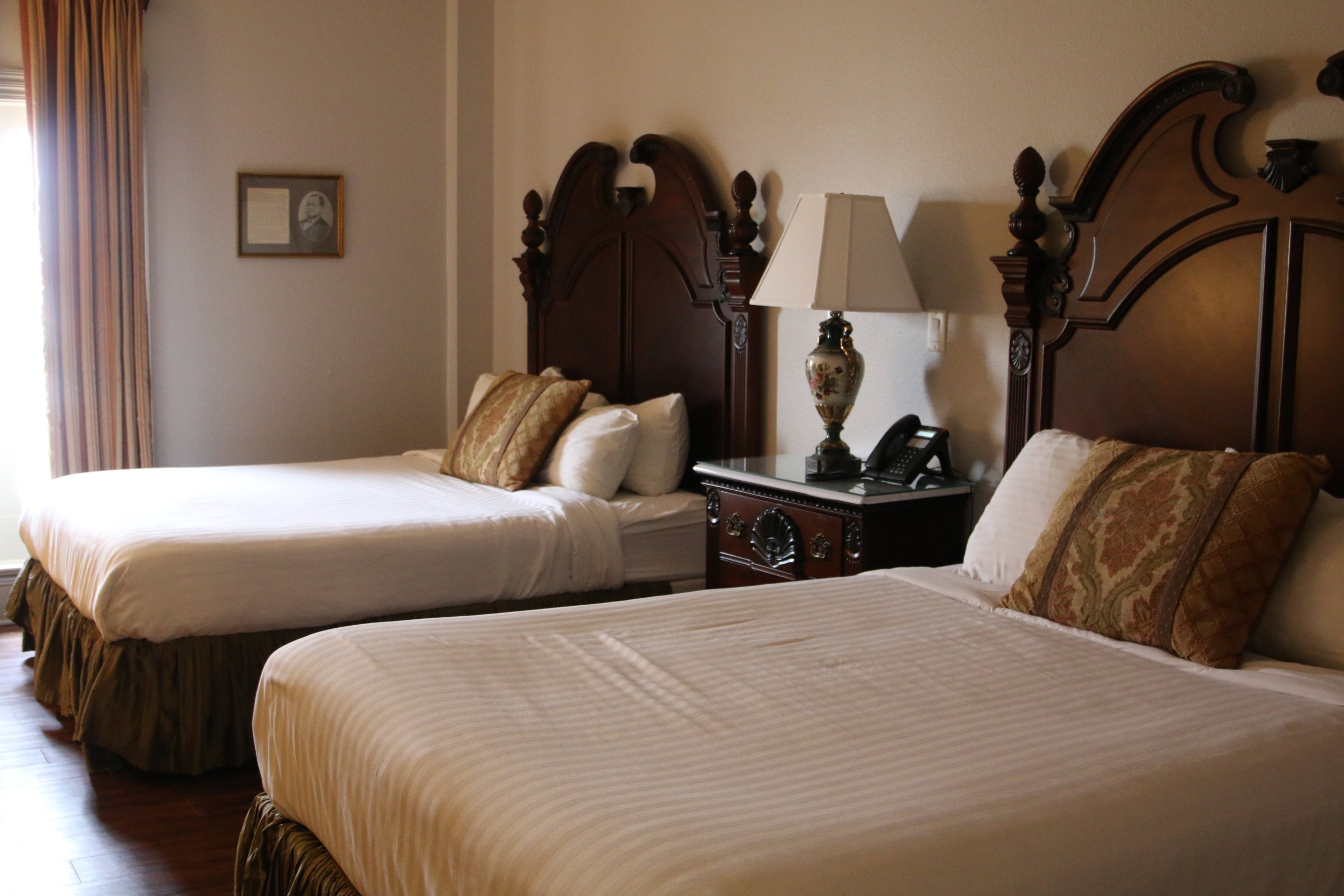 Book a Room
Room 15, the Charles Leonard LeBaron Room, is located on the second floor. One of our largest rooms, this cozy private space includes two queen sized beds and, as with all of our rooms, a private bath, all new bedding, complimentary wi-fi, mini-fridge, flat screen TV, writing table, and a complimentary breakfast and business station in the lobby. Please note that all of our rooms are non-smoking.  A Pensacola family of French origin, the Le Baron clan left their mark on the mercantile field and maritime operations of Pensacola. Charles Leonard LeBaron was born in Normandy in 1761. After fighting with the French Navy at the battle of Trafalgar against British Lord Nelson, he was presented with a sword scabbard encrusted with jewels for his heroism. While in Philadelphia, he boarded with the mother of Dolly Madison where he met his future wife, Mary Weaver. LeBaron and his new wife moved to New Orleans when he was assigned to the French Navy in the Gulf of Mexico and Haiti. He resigned his commission and moved to Pensacola where he forming a profitable mercantile business commanding a passenger ship between Pensacola and New Orleans. Charles lost his arm fighting the Battle of Shiloh while delivering a message to General Bragg. After the war, LeBaron returned to his family in Pensacola and helped build the telegraph system between Mobile and Pensacola. LeBaron worked for Western Union for the remainder of his days.
Thanks for signing up!