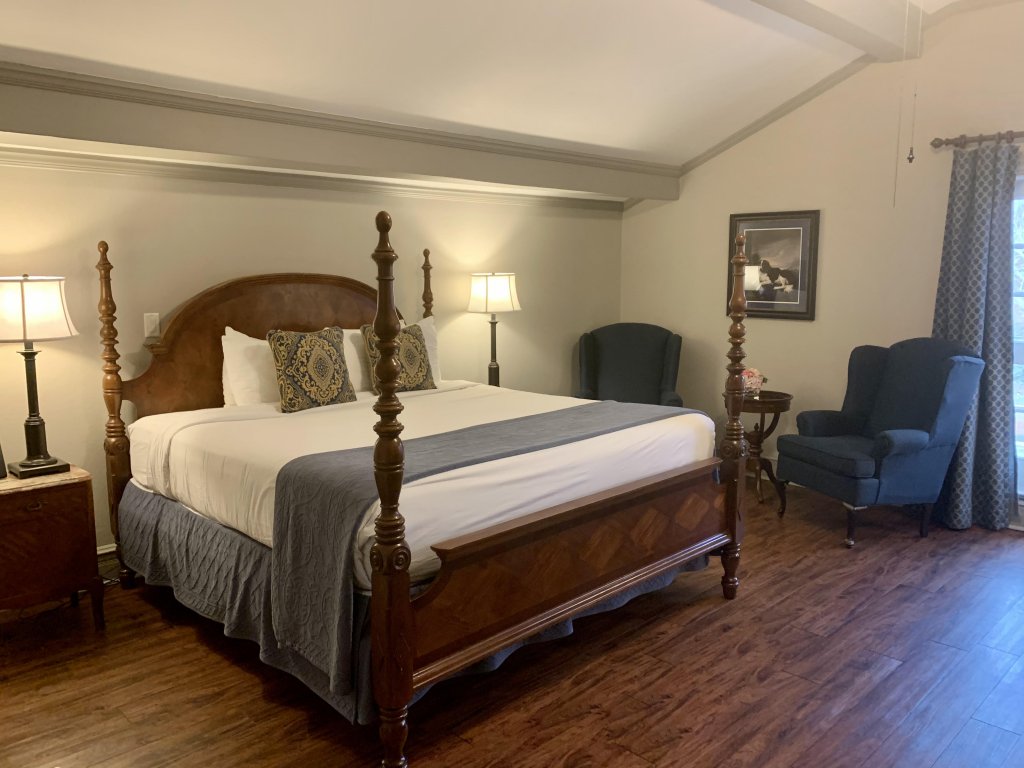 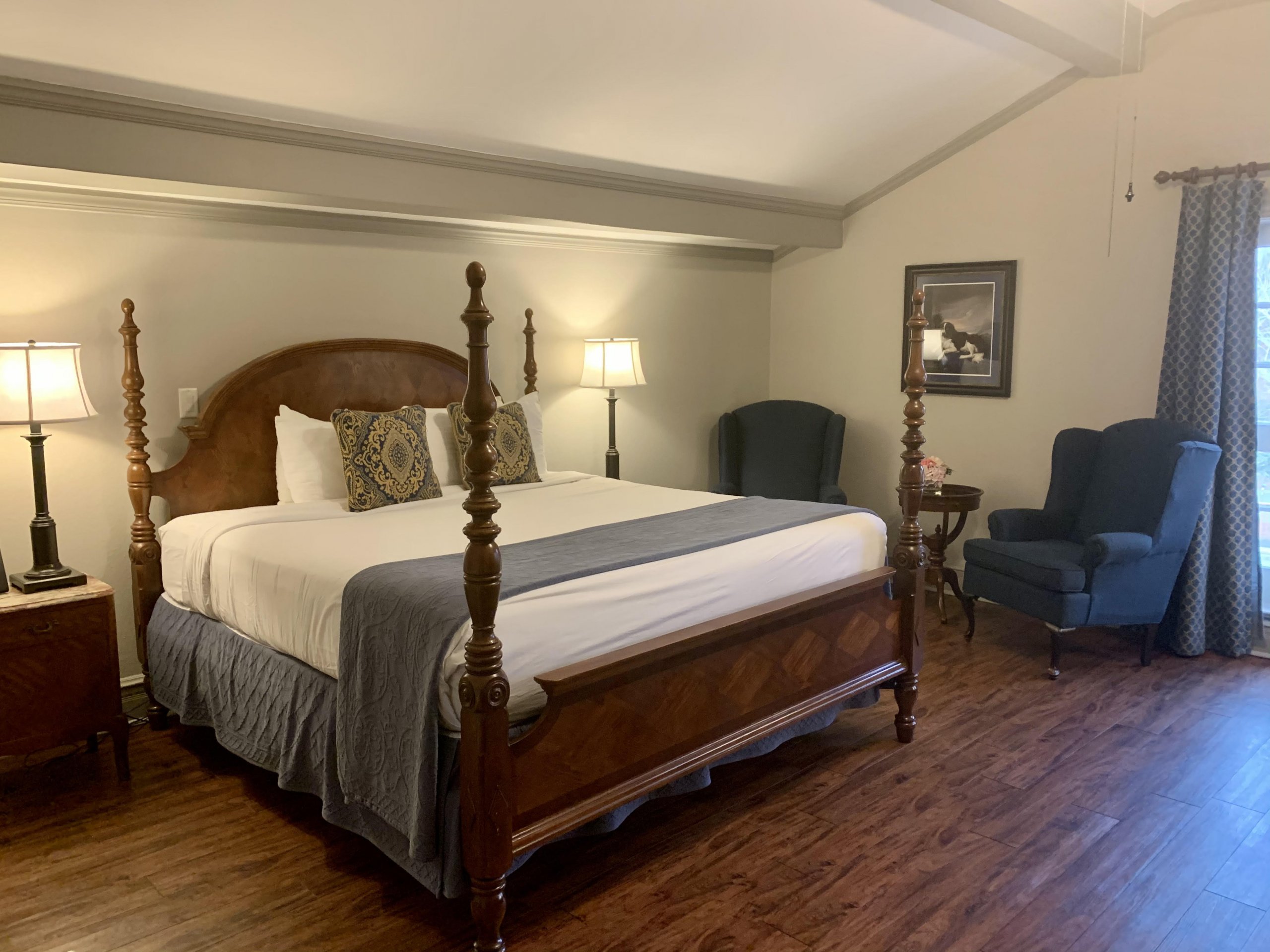 Book a Room
Situated in a private corner on the second floor, our grand and bright Executive Suite features a beautifully angled ceiling alongside a new California King bed with all new linens, private bath with shower/tub, hair dryer, mini fridge, microwave, tea/coffee maker, flat screen TV, complimentary WiFi, writing desk, daily room service, complimentary continental breakfast, and more. Perfect for those needing more space during their business trip, for grooms to get ready for their big day, or anyone who wants to relax in one of our most luxurious spaces. Please note that all of our rooms are non-smoking.  The Durnfords are two of the most outstanding figures in the history of the city of Pensacola’s planning and development. The results of his initial surveys remain today on our Old City Plats and street names. Beginning his military career in the British Army, Durnford served as an Ensign in the Corps of Royal Engineers, participating in the Battle of Havana in 1762. Shortly after, was assigned to serve as chief engineer and surveyor general in the British colony of West Florida. In 1764, Durnford arrived in Pensacola and created the city plan. Based around two central squares, the plans incorporated government, military and residential areas all arranged at right angles. Residential lots were assigned cleared garden plots at the north end of the town for raising food crops. The road that ran along these plots has become the modern Garden Street. In 1769, Durnford married the courageous and enterprising Rebecca Walker in London. The newly married couple returned to Pensacola where Durnford served as Acting Governor and Rebecca helped to form the cultural activities of the early Pensacola community. At the beginning of the American Revolutionary War, Durnford served as the commanding British officer defending Fort Charlotte in 1780 against the Spanish army in Mobile, AL. Vastly outnumbered, Durnford was forced to surrender when reinforcements failed to arrive. The Spanish forces, led by Bernardo de Gálvez, went on to capture Pensacola and West Florida, ending the period of British rule in the area. Returning to England, Durnford continued his military career and was eventually promoted to Colonel with command of the company of Royal Engineers. In 1794, Durnford succumbed to yellow fever on the island of Tobago during the British campaign against the French colonies in the West Indies.
Thanks for signing up!