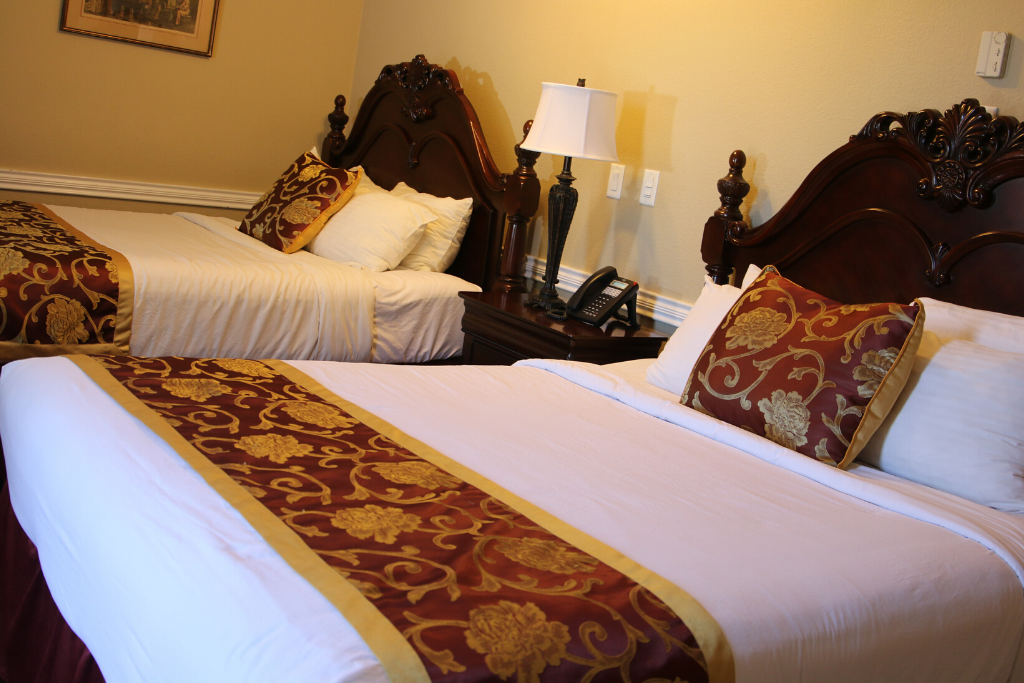 Book a Room
Complete with double queen beds and all new linens, the Geronimo Room also features a private bath with shower/tub, hair dryer, flat screen TV, complimentary WiFi, mini-fridge, writing desk, daily room service, complimentary continental breakfast, and more. Please note that all of our rooms are non-smoking.  Geronimo was born near Turkey Creek, NM in 1829. In the Bedonkohe Apache tribe, Geronimo fought against the expansion into traditional Apache tribal lands by Mexico and Arizona during the Apache-American conflict. “Geronimo” was the nom de guerre attributed to him during a conflict with soldiers from the Mexican Army. After an attack where soldiers killed his mother, wife, and three children in 1858, Geronimo joined a number of very affective revenge attacks against the Mexican forces. On October 25, 1886, Geronimo was held at Fort Pickens at Pensacola Beach, where he was imprisoned along with several of his warriors until May of 1887. In his old age, Geronimo became a celebrity and appeared in the 1904 World’s Fair in St. Louis. However, he was never allowed to return to the lands of his birth for which he fought for so long.
Thanks for signing up!