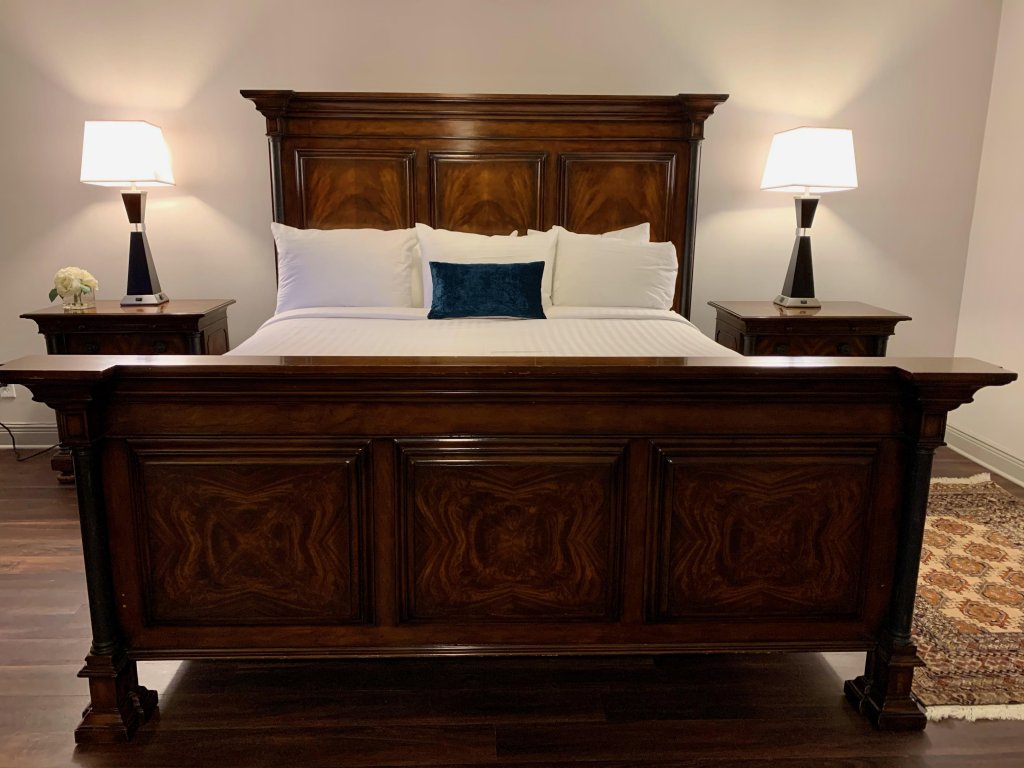 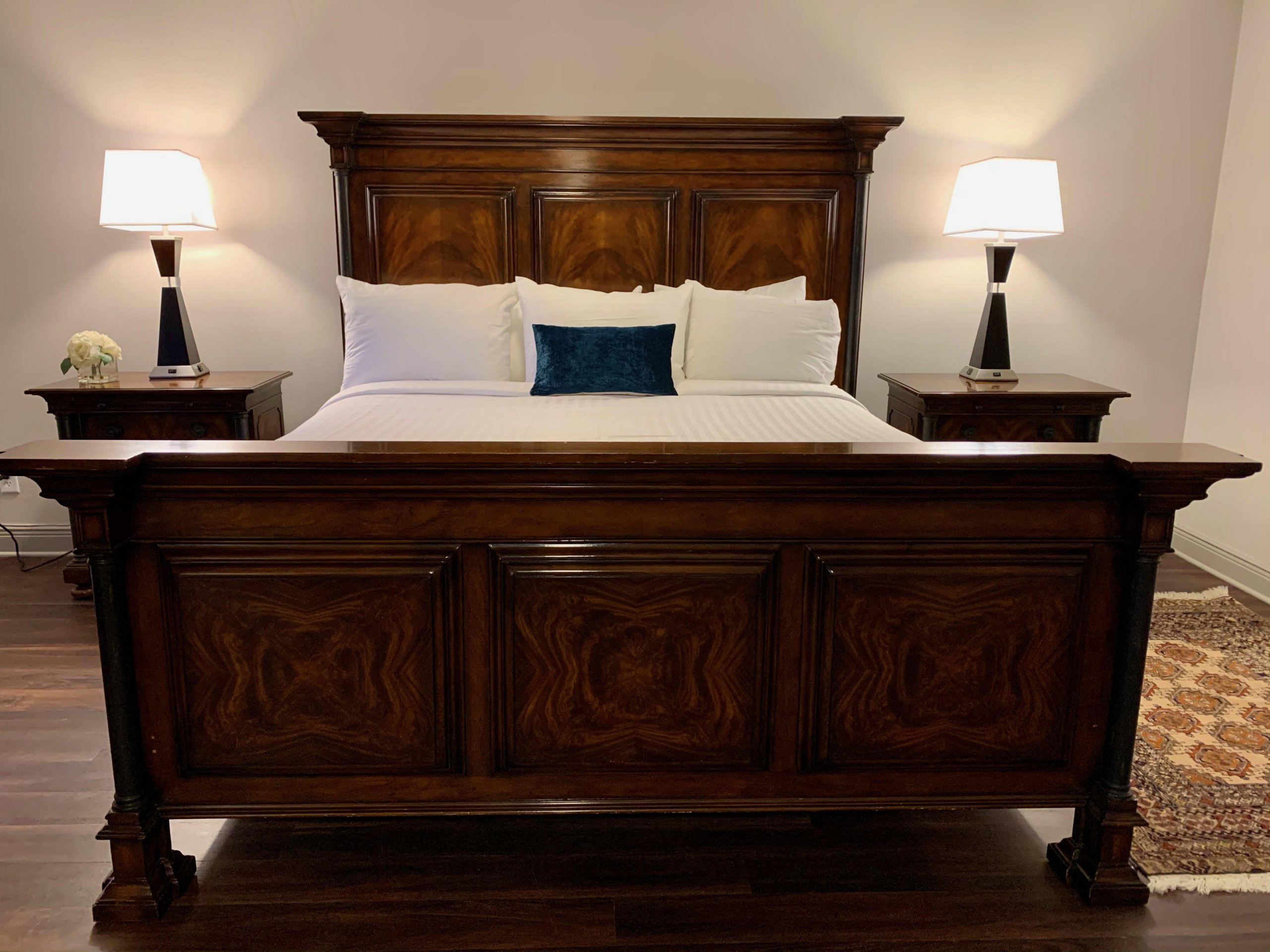 Book a Room
Added in 2021, our new Executive King Suite is the ultimate in luxury. Located on the first floor, the non-smoking Suite includes a King bed, all new bedding, a private bath with twin sinks and a shower/tub combination, separate lounge area with leather loveseat, mini fridge, writing desk, flat screen television with cable/satellite in both bedroom and living room, complimentary WiFi, charging stations on nightstand and desk, complimentary continental breakfast, and more. John Garnier was a French nobleman who took part in an attempt to return monarchy to power after the French Revolution. He arrived in Wilmington, North Carolina as a political refugee accompanied by his son, Charles, and two daughters, Rosa and Clara Louise. He married his second wife, Ann, in Wilmington then traveled to New Orleans for a short stay before arriving to Pensacola in 1821. George Barkley, from London arrived to Pensacola around the same time as the Garniers. George and John both became auctioneer's and tobacco salesmen. Soon, John's daughter, Clara, married George Barkley on June 28, 1822. John Garnier assumed management of the City Hotel. Later, John built a tavern and lodge on the corner of Intendencia and Palafox Street. Clara and George Barkley, prospered. They were both active in the founding of historic, Old Christ Church and The Barkley House on Bayfront Parkway. Clara was quite young when George died, and she remarried Eben Walker Dorr. In 1872, Clara built the Historic Dorr House next to Seville Square. Today, all of these homes are now museums and can be toured through the UWF Historic Trust of Pensacola.
Thanks for signing up!