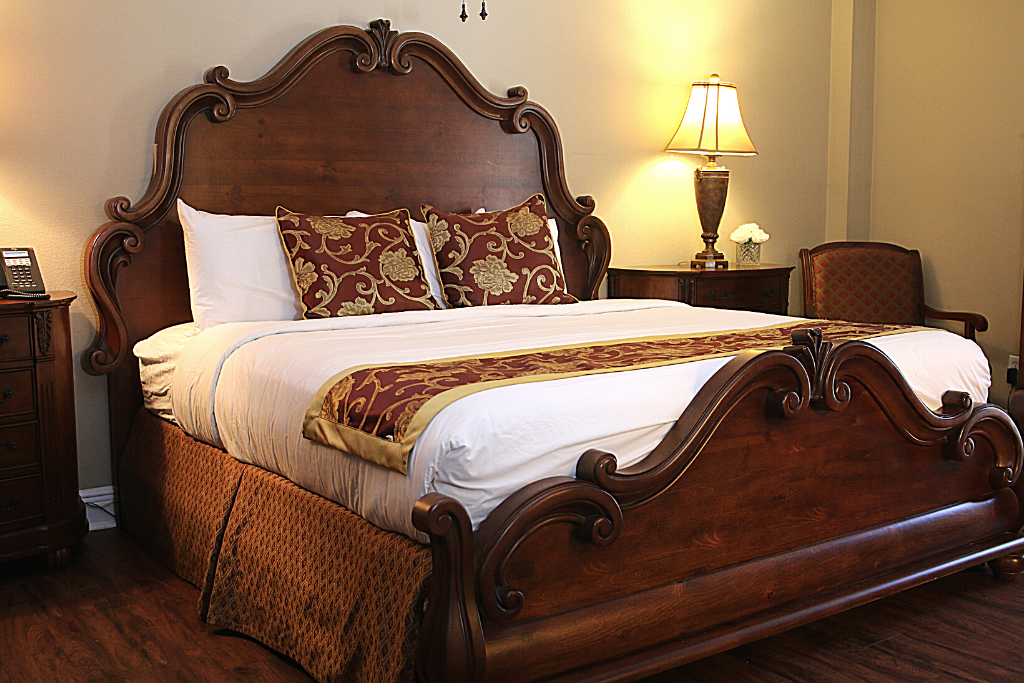 Book a Room
Sink into this grand king size bed with all new linens as you relax in privacy in the heart downtown Pensacola. As with all of our rooms, the Tristan de Luna room features a private bath with shower/tub, hair dryer, tea/coffeemaker, writing desk, large armoire, flat screen TV, mini-fridge, complimentary WiFi, daily room service, complimentary continental breakfast, and more. Please note that all of our rooms are non-smoking.  De Luna was born in Borobia, Spain to a noble family at a time when Spain, England and France looked to gain control of land across the Atlantic. Spain’s Phillip II chose de Luna to establish a permanent colony in the New World. In August of 1559, de Luna established an ephemeral colony in what would become Pensacola, the earliest European Settlement within the present-day United States. De Luna was given thirteen ships and more than 1,500 soldiers and settlers. He anchored in Pensacola Bay and set up the encampment of Puerto de Santa Maria during the summer of 1559. On September 19 of that same year, a hurricane struck the area and destroyed most of the ships and the cargo they held. A state of mutiny resulted when De Luna refused to return to Mexico. Thankfully in 1561 the long-awaited relief expedition arrived. Sick and disheartened, De Luna sailed for Cuba and later to Spain where he defended his actions to no avail. His attempt to regain his personal investment also failed. Pensacola was not populated again by Europeans until 1698, when the Spanish founded the city of Pensacola.
Thanks for signing up!