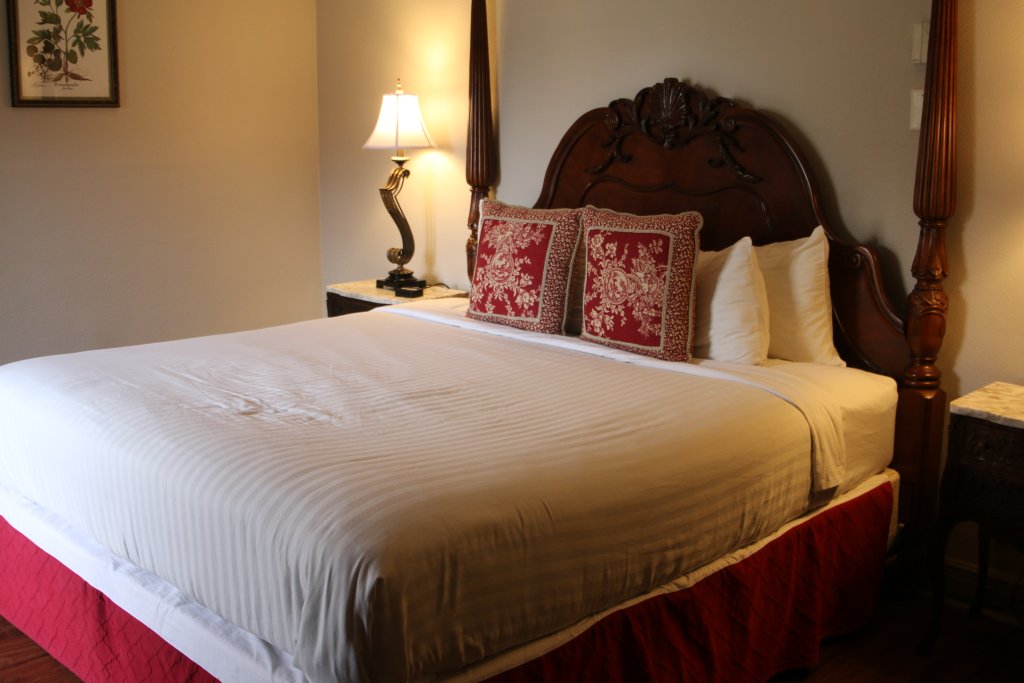 Book a Room
The William Augustus Bowles room features a cozy king bed with all new linens, private bath with shower/tub, hair dryer, tea/coffee maker, writing desk, flat screen TV, mini-fridge, complimentary WiFi, daily room service, complimentary continental breakfast, and more. Please note that all of our rooms are non-smoking.  At age 14, William A. Bowles (also known as Billy Bowlegs) held a commission in the British Army. After serving in Philadelphia, PA, he was assigned to the British Gulf Forces and stationed in Pensacola in late 1778. Following a dispute with one of his senior officers, Bowles resigned his commission and went to live with the Creek Indians. When the Spaniard, Bernardo de Galvez, laid siege to Pensacola in 1781 Bowles returned with a number of Indian warriors to help defend the city. When the British surrendered, Bowles was paroled and sent to New York. Bowles’ great dream was to build an independent Indian Nation within the present day states of Florida, Alabama, and Georgia. He took two wives while living with the Indians: one from the Cherokee tribe, the other the daughter of the Creek chief. After the war, Bowles was received by England’s George III as “Chief of the Embassy for Creek and Cherokee Nations.” Funded by the British government, he trained Creek braves in the Bahamas to attack Spanish ships. The King of Spain offered a bounty of $6,000 and 1,500 kegs of rum for the capture of Bowles. Upon his capture, Bowles was sent to prison in Madrid, Spain. However, he escaped by commandeering a ship and returning to northern Florida along with the Seminoles. In 1795, Bowles formed the “State of Muskogee,” of which he was president. However, in 1803 he was betrayed and turned over to the Spanish. Bowles died two years later as a prisoner in Havana, Cuba prison when he refused to eat. The “Billy Bowlegs Festival,” celebrated annually in Fort Walton Beach, is named after Bowles.
Thanks for signing up!