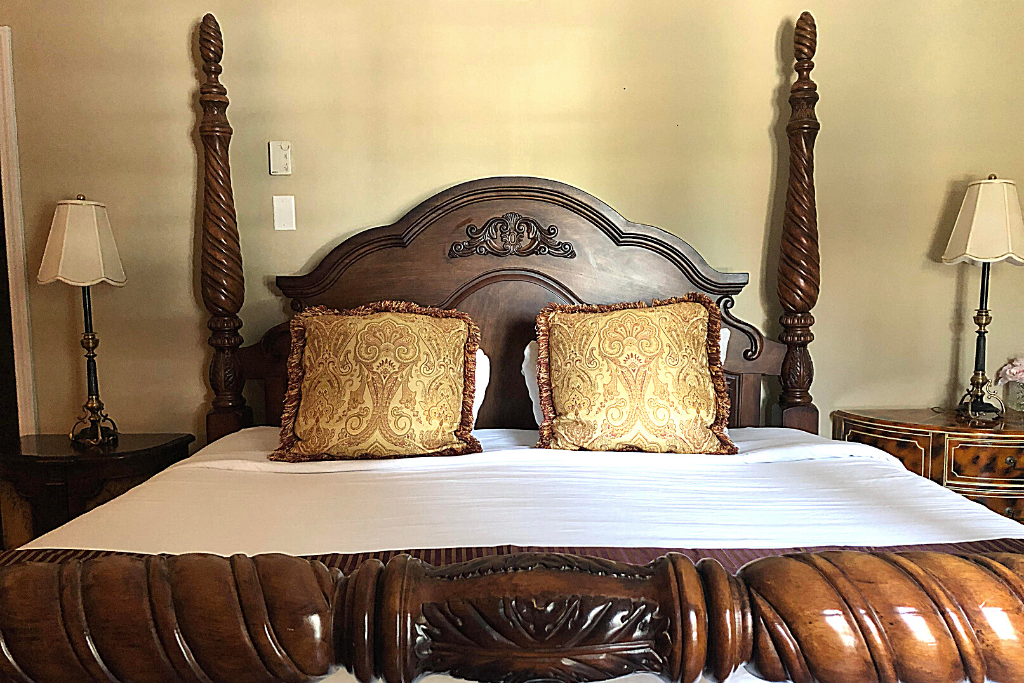 Book a Room
Tucked into the corner of our first floor, the William Panton room features a brand new king mattress with all new linens, as well as a private bath with shower/tub, hair dryer, writing desk, flat screen TV, mini-fridge, complimentary WiFi, daily room service, complimentary continental breakfast, and more. Please note that all of our rooms are non-smoking.  Panton, a native of Scotland, became one of the wealthiest men in Colonial Florida. Indeed, he may rank as the most outstanding merchant the region has ever known. In 1785, he established Panton, Leslie and Company, headquartered in Pensacola. The company occupied the area west of Palafox Street on the north side of present-day Main Street. The company’s schooners sailed between Pensacola, Nassau, St. Augustine, Havana, the West Indies, and London. At one time, Panton had a virtual monopoly in what is now the Southern United States. At its peak, the company had a series of trading posts stretching from St. Augustine, FL in the East to New Orleans, LA in the west and north to Chickasaw Bluffs in modern Memphis ,TN.
Thanks for signing up!