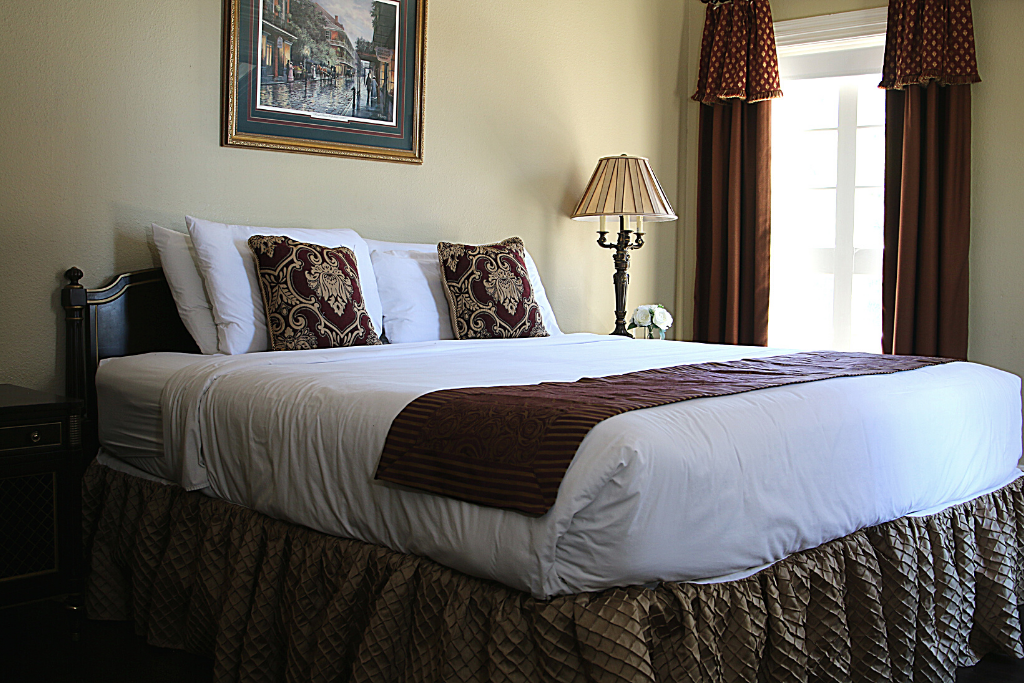 Book a Room
This comfortable non-smoking room features a king size bed with all new linens, private bath with shower/tub, hair dryer, tea/coffee maker, writing desk, flat screen TV, mini-fridge, complimentary WiFi, daily room service, complimentary continental breakfast, and more.  Governor Johnstone was the first governor of British West Florida. He came to Pensacola in October of 1764 and inaugurated civil government after more than a year of military rule in the province. Johnstone was assisted by a council of twelve, which included the chief justice. In 1766, elections were held for an assembly drawn from the five districts of the colony. Under Johnston’s leadership, these elections provided the first representative government ever enjoyed here in Pensacola. In 1767, following trouble with military and civilians, he was recalled as governor. His leadership provided direction in transforming Pensacola from a small Spanish outpost into an 18th century British colonial village. Johnstone introduced desirable community standards, helped to improve law and order, encouraged the assignment of quality tradesmen, and instituted a form of representation government.
Thanks for signing up!