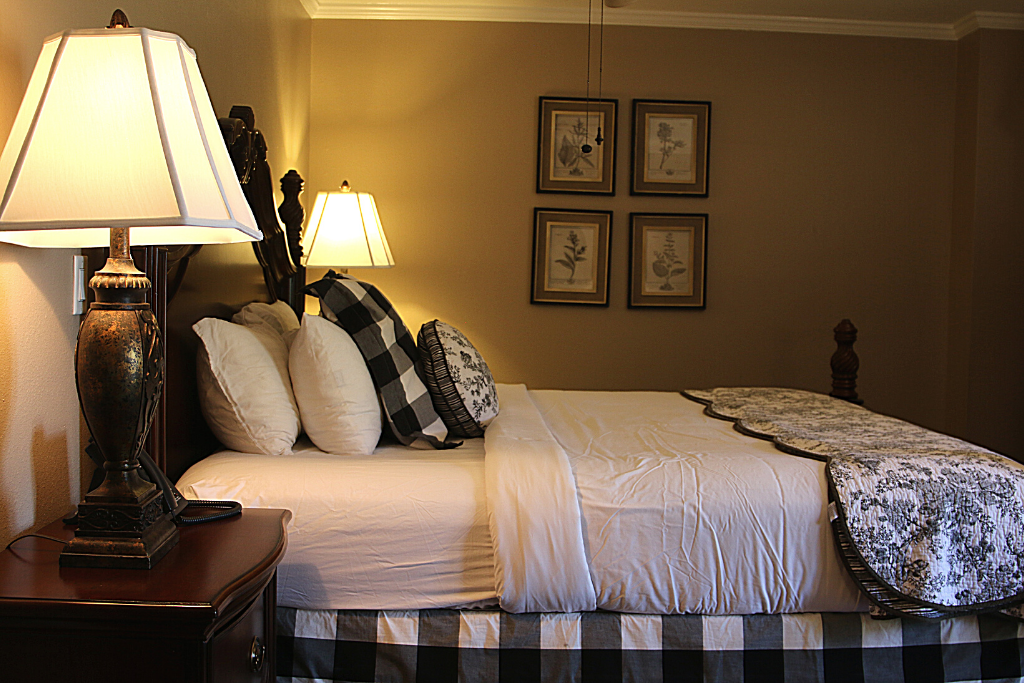 Book a Room
With a romantic, comfortable feel, this first-floor non-smoking room features a beautiful king bed with all new linens, private bath with shower/tub, hair dryer, flat screen TV, mini-fridge, complimentary WiFi, daily service, and more.  Chase was born in Buckfield, ME in 1798, graduated from West Point in 1815 and was subsequently assigned to the Corps of Engineers. Shortly after the United States took control of Pensacola from Spain, the Secretary of State at the time, John Quincy Adams, began lobbying to make Pensacola headquarters for the Navy’s Gulf Coast Squadron. In 1829, Major William Chase was asked to take charge of fort construction in Pensacola and he began drawing plans for the forts recommended by Adams. The plans created by Chase located Fort Pickens on the western tip of Santa Rosa Island, with Fort McRee situated across the harbor entrance. Fort Barrancas was placed to overlook the bay towards Fort Pickens. Chase lived in Pensacola and was popular with the businessmen who ran financial institutions, transportation, and merchants who profited from the business he fostered with the military. Chase spearheaded the drive to lay railroad from Pensacola, FL to Montgomery, AL. Chase built a depot and a large hotel at the corner of Wright and Palafox Street.
Thanks for signing up!